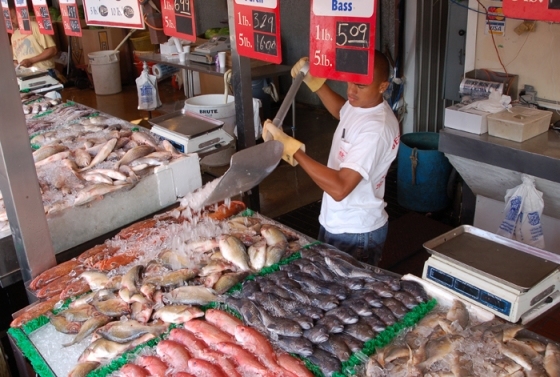 Mislabeling of Seafood: No Easy Solution

Mislabeling in the seafood industry is rampant, but no one is quite sure what to do about it. According to a study by the non-profit Oceana, 1/3 of all finfish sold in the United States is mislabeled. In Northern California 38% is mislabeled, and in Southern California that number is even higher.  A bill passed by the California Senate was supposed to combat this, but at the last stage of the process the bill was vetoed by Governor Jerry Brown. He is quoted in saying that “Much of what the bill seeks to accomplish is good,…Requiring more precise, species-specific labeling of seafood, however, is not as easily achieved.”

And seafood fraud is big business. In a study published by Marine Policy, they report that 25 percent of all wild-caught seafood imports are part of the illicit trade. Those illegal imports are worth $1.3 billion to $2.1 billion annually. Often times, cheaper foreign imported crab, catfish, tuna and other seafood is shipped here from overseas and re-packaged as "local."

The Baltimore Sun found that the number of NOAA special agents who specialize in investigationing this fraud has been cut by more than a third, from 147 to 93, since 2008, with further cuts in the works. While this may seem disheartening, the seafood fraud problem is at least being discussed and solutions planned. The Obama Administration has also joined the fight against pirate and illegal fishing, and hopefully this will help with mislabeling.

For now, buying seasonally and supporting your local fishermen you are helping fight against the mislabeling of seafood and the black-market fish industry.